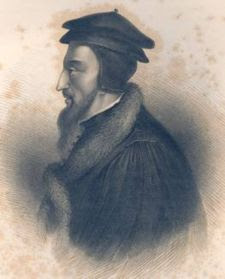 I am going to shock some of you by saying that I completely agree with the demand from many SBC Leaders lately for Calvinistic Southern Baptist Pastors to come clean and tell pulpit committees of prospective churches that they are indeed “Reformed” in their understanding of the doctrine of salvation... (thats code for “I'm a Calvinist”).

There is really no excuse for not “coming clean” on this issue, and really no reason not to anymore!

Here's why... I am not sure what the exact numbers are nationally (they must be staggering) but the numbers of Traditional Southern Baptist Churches, like First Baptist Church ________(fill in the blank) in the panhandle of Florida that cannot seem to find a qualified pastor to fill their empty pulpits is almost epidemic.

These are not just small churches, but are in fact churches of all sizes. These are not poor churches in rundown areas, but many of them are financially sound and are offering very nice compensation packages to potential pastors. In years past highly qualified pastors were standing in line to get these churches... but no longer. Some of these churches have been without a pastor for more than two years! And when I talk to their pulpit committees their voices are filled with desperation... I had one member of an overworked committee exclaim to me just this week “Where have all our pastors gone?”

So for Southern Baptist Pastors it is a “Buyers Market”... Therefor, it is my advice that Calvinistic Southern Baptist Pastors not wait for someone on the pulpit committee to ask them if they are a Calvinist, but it is my advice that Calvinistic Southern Baptist Pastors take the initiative and ask the pulpit committee the direct question “Are you Anti-Reformed?” Then when they ask what that means (and most will) then it is a great opportunity to break out the copy of the Baptist Faith and Message 2000 that you always carry in your shirt pocket and go carefully through articles 4, 5, and 2c. Then ask them if they believe what our Southern Baptist Confession of Faith teaches in these articles? If they say “NO” politely inform them the interview is over at this point... if they say “YES” inform them that they are Calvinist and continue with the interview.

The first possibility is that the Florida Baptist Convention is simply doing what most Baptist Churches do… once you get your name on the roll they keep counting you no matter what, even if you’re dead, or in this case have not given a dime in years.

The second possibility is that at least a few of these churches were offended by the conduct of Dr. Sullivan, the Executive Director of the Florida Baptist Convention, in 2007 (click here to read some articles about Dr. Sullivan’s conduct this year) and have chosen to send their missions dollars elsewhere. In all fairness some of these churches did not given anything in 2006 either, so they are probably in the first category or were already offended before Dr. Sullivan arbitrarily decided who was “Holy” and “Pure” and who was not. However, others gave quite a bit in 2006 and have made the decision to stop giving to the C.P. this year, so something has caused them to jump ship.

When you combine the IMB’s narrowing the parameters of cooperation to exclude those who speak in a private prayer language and those who were not baptized properly (in a Baptist Church that believes in eternal security and by a Baptist Preacher) with the decision of John Sullivan to narrow the parameters of cooperation in Florida to exclude those who do not agree with him that drinking a glass of wine with your evening meal is a sin, and his ongoing campaign in the state of Florida against Calvinist, it is predictable that this trend of Baptist Churches in Florida of opting out of the Cooperative Program will continue to increase in the coming years as more and more Baptist Churches in Florida are disillusioned with the conduct of both the IMB and the Executive Director of the Florida Baptist Convention.

Dr. Sullivan attributed the budget shortfall to the economic climate in the state and nation. "These are tough times financially for many of our Baptist families," said Sullivan. "As our families struggle, so do our churches.” Ed Johnson, director the Convention's Cooperative Program Department, concurred with Sullivan's assessment of the root cause of the budget deficit. "Simply put, the economy has impacted Cooperative Program giving during the past year."

To make up for the $1.5 million budget shortfall, Sullivan will recommend to the State Board of Missions several "belt-tightening measures" when it meets Feb. 8. He also is expected to make recommendations to reduce the 2008 Cooperative Program budget by $1.5 million.

Yes, it is time for some “belt-tightening” Dr. Sullivan. I could have missed it, but I do not recall reading of large CP Budget Shortfalls in other state CP budgets and I know that the general fund and missions giving in my congregation did not decline in 2007. So could there actually be something else going on in the State of Florida other than the excuse given by Dr. Sullivan of “tough financial times”?

Well, perhaps the Baptist Churches of the state of Florida got your message in 2007 Dr. Sullivan, to the tune of 1.5 Million dollars... Did you get their message that narrowing the parameters of cooperation narrows the amount of giving to the Cooperative Program?
Posted by Unknown at 8:20 PM 6 comments:

For those who are not familiar with the now defunct Liberal Baptist Attack Web-Site Called “Baptist Fire” the title of this post might be wasted on you without a little explanation. In order to confront the half truths and outright lies that were being posted on this site anonymously Gene Bridges, Evan May, Timmy Brister, Dustin Segers, and Nathan White collaborated on a new site called "Strange Baptist Fire". It is in the same spirit that I write this post.

Reading the articles being posted over on “SBCOutpost” and having the unfortunate experience of reading those posted on Baptist Fire one gets a feeling of having seen all this before. While the target has shifted from Calvinist on the “Baptist Fire” web site to the leaders of the Conservative Resurgence on the “SBCOutpost” web site, and of course Paul, Todd, Ben and company all sign their names… the tactics of slash and burn are one and the same.

In fact it is hard to find a single article on “SBCOutpost” that is not critical of someone connected to the Conservative Resurgence… and guess who their new friends just happen to be: The New Baptist Covenant. Read it for yourself.

So while I do not have a web site dedicated to refuting all this nonsense, if you would like to post a response to anything posted over on “SBCOutpost” you may do so here. 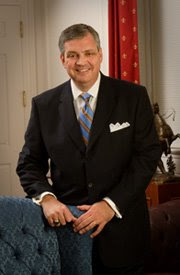 Les Puryear has posted a fantastic Interview with Dr. Albert Mohler current president of Southern Baptist Theological Seminary and a candidate for the SBC Presidency.