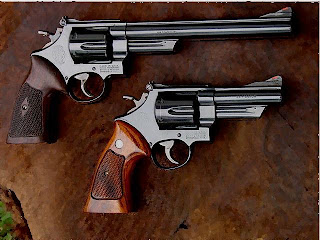 I received an email newsletter from my local association today with the following announcement:

Pastor Tim Hall, Brother Todd (Holmes Baptist Association DOM), and Brother Eddie Eaton, pastor of West Pittman Baptist Church would like to invite all those interested for a firearm safety / concealed weapons class. Cost of this class will be $25 for materials and training. If you are interested in receiving training for a concealed weapons permit, give Brother Todd a call. Only 7 spots remaining!!!

Brothers this is exactly why I stopped having Baptist Deacons meeting… When things start to get so out of hand that our Pastors must start carrying a concealed weapon in order to defend themselves, and keep order in the church, then it’s time we need to reevaluate what and how we are doing God’s work in the SBC. (wink, wink)

Actually I am thinking about signing up for the class if I have time. This just might become the next big thing in the SBC after 40 days of purpose.

Devastating Honesty about the SBC

The Internet Monk (Michael Spencer) gives a straight forward and devastating honest assessment of the decline of the SBC. Michael Spencer is not a Southern Baptist, but in my opinion the Executive Committee of the SBC should fire whomever they have been listening to and hire this guy as a consultant.

All of Michael’s article is worth reading, however I will limit my interaction to the following paragraphs.

[Seriously, is it any wonder that so many younger Southern Baptists see Rick Warren as their de-facto leader, more than whoever the SBC is promoting this year? Warren has found a way to do church, be evangelistic, be a servant, affirm other humans, be useful and genuinely be likable to those he wants to influence. Contrast this with the SBC’s history of “leadership by loudest, angriest preacher” system.]

Michael is absolutely “spot on” in his understanding of how many younger Southern Baptists view the leadership of their convention. The Old, Angry, Arminians of the SBC, while remaining attractive to those who would force their own “Baptist Identity” upon all Southern Baptist, they are not very attractive to the younger generation of Southern Baptist who are in greater numbers looking elsewhere for someone to follow. This can be seen by the ever shrinking numbers and the graying of those in attendance at the Southern Baptist Convention’s annual meetings, and the fact that many of those absent from these annual SBC Conventions are faithfully in attendance at such Conferences as Together for the Gospel, Ligonier Conference, and anything by John Piper and John MacArthur.

[And what about the many thousands of young SBCers who simply don’t want to hear the denomination’s way of doing things anymore? Most of them were on board for the “inerrancy” revolution, but now they see a denomination that reads the Bible and comes out with the theology of the John 3:16 Conference. When the SBC does theology these days, I want to dig a very deep hole and disappear. The words “SBC Theologian” are about to join “military intelligence” on a certain oft-quoted list.]

Whatever you think of Michael Spencer, it is hard to argue with his clear assessment of what is going on in the SBC.

The Bondage and Liberation of the Will 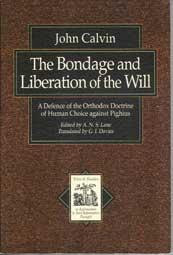 But what is so very discouraging to me is that many of these man and women appear to be devoted Christians who sincerely take issue with what they have been led to believe about John Calvin, and more specifically the theology that has come to bear his name – Calvinism. What is so discouraging is the fact that in today’s “information age” what they believe about Calvin and Calvinism is so distorted and twisted from the truth that it is just frustrating to deal with.

Calvin’s works have been in print now for almost 500 years. If you do not want to pay the $50 to buy your own set of Calvin’s “Institutes of the Christian Religion” you can read them for free online. So there is really no excuse for anyone believing such trash about Calvin or Calvinism except their own laziness or intentional malice.

Because it’s the 500th anniversary year of Calvin’s birthday many people, including myself, are reading the Institutes through this year, however I know this may be a little much for many readers to tackle, so I would highly encourage you to get a copy of “The Bondage and Liberation of the Will” by Calvin and read it before you jump into the deep waters of Calvin’s Institutes.

Below is a comment I made on another Blog last night encouraging this person (Curious / Anon) who has a very negative opinion of Calvin to read some of Calvin’s writings for him/her-self. I am including it in this post simply because I believe it to be a good example of what I am talking about.

Curious / Anon, or (whoever I am having this conversation with)

I would encourage you to let Calvin take the stand to defend himself by reading some of his works… I would not ask you to read Calvin’s Institutes (at least not to begin with), but I would ask you to read “The Bondage and Liberation of the Will” by Calvin. You can get a copy from Monergismbooks.com for $24.99. It is only 303 pages long and it will open your eyes to what Calvin really believed.

In it you will find that Calvin did not deny the “free” choice of man in choosing God at all. Actually the sub-title of the book is “A Defense of the Orthodox Doctrine of Human Choice Against Pighius”

Here is a little bit of the book description:


The Bondage and Liberation of the Will is undoubtedly the most significant of Calvin's works hitherto not translated in English. This is in striking contrast to Luther's study on the same topic, which is one of his best-known publications." This is Calvin's "fullest treatment of the relation between grace and free will, and contains important material not found elsewhere in his writings. It also contains far more discussion of the early church fathers than does any other of Calvin's works, apart from the Institutes. It is high time that this major work is made available to those whose knowledge of Calvin is confined to English translations" .

Grace Always,
Posted by Unknown at 9:06 AM 8 comments:

Calvinist are not Christians? 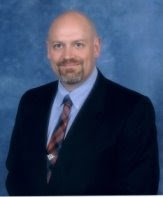 Dr. James White addresses an accusation from a fan of Dave Hunt that Calvinist are not even Christians… and in his gracious and careful manner addresses six common questions concerning Calvinism that this seriously misinformed man ask.

I am reminded by this of the extreme danger of allowing works like Dave Hunt’s “What Love is This” to go unanswered. And why we must be ever ready to give a defense of “the faith once delivered to the saints”.

Apologetics can be wearing work and there are times when we all just want to throw up our hands and say how many times do we have to answer the same foolish questions… But the enemy does not rest and therefore we must not abandon the defense of truth no mater how weary we may become.

This is an excellent video message from Dr. James White on the Reformed understanding of Salvation. Click (here) to download and listen.

I highly recommend it!