NO APPEAL TO BE TAKEN
IN HOMOSEXUAL ADOPTION CASE

Gill Decision, Which Now Appears to Be the
Judge-Made Law of the Land in Florida, Elevates the
Adult Desires of a Radical Minority Over what is Best for Children

(Orlando, FL) Today, Friday, October 22, 2010, the Attorney General of the State of Florida, Bill McCollum, announced that his office would not be taking an appeal of the Gill case, which struck down Florida’s long standing prohibition on homosexual adoptions, to the Florida Supreme Court. The Florida Family Policy Council, a leading opponent and legal critic of the Miami Court’s decision, released the following statement:

We are disappointed that DCF, the Governor, and now the Attorney General has failed to take the appeal and defend Florida’s adoption law that rightly seeks to place children in homes with both a mother and a father. We have been in active communication with the Attorney General’s office on this matter and understand there are some legitimate and complex legal issues which have persuaded his office to make this decision. We also recognize that the current 5-2 left leaning make up of Florida’s Supreme Court (directly created by Governor Crist’s recent judicial appointments) would likely have not ruled to uphold the statute either. Nonetheless, for both the sake of legal finality, and the accountability of the judiciary, we believe the appeal should have been taken.
Gay-identified activists will herald the Gill case as some sort of a victory. But sadly, the decision only comes at the expense of the children who the social science research overwhelmingly demonstrates do better in every category when raised by both a married mom and dad. The Court only asked the narrow question of whether homosexual parents “harm” children. The Court never asked what research shows is best for children. Arguably, orphanages don’t “harm” children either, but this is certainly not what is best. The court’s illegitimate decision, which appears to now be the judge-made law of the land, has elevated the adult desires of a radical minority over what is clearly best for children-- namely to be placed with both a mother and a father. The official public policy in Florida is now that two dads are just as good as a mom and a dad, and yet research bears out that this is empirically false.

I Wish You Enough 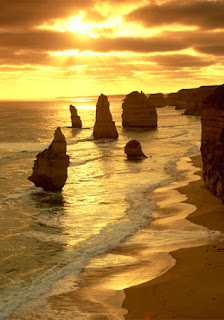 Recently I overheard a Father and daughter in their last moments, together at the airport. They had announced the departure. Standing near the security gate they hugged and the Father said, 'I love you, and I wish you enough.'

The daughter replied, 'Dad, our life together has been more than enough. Your love is all I ever needed. I wish you enough, too, Dad.'

They kissed and she left. The Father walked over to the window where I was seated. Standing there I could see he wanted and needed to cry. I tried not to intrude on his privacy, but he welcomed me in by asking, 'Did you ever say good-bye to someone knowing it would be forever?'

'Yes, I have,' I replied. 'Forgive me for asking, but why is this a forever good-bye?' 'I am old, and she lives so far away. I have challenges ahead and the reality is - the next trip back will be for my funeral,' he said.

'When you were saying good-bye, I heard you say, 'I wish you enough.' May I ask what that means?'

He began to smile. 'That's a wish that has been handed down from other generations. My parents used to say it to everyone...' He paused a moment and looked up as if trying to remember it in detail, and he smiled even more. 'When we said, 'I wish you enough,' we were wanting the other person to have a life filled with just enough good things to sustain them. Then turning toward me, he shared the following as if he were reciting it from memory.

I wish you enough sun to keep your attitude bright, no matter how gray the day may appear.

I wish you enough rain to appreciate the sun even more.

I wish you enough happiness to keep your spirit alive and everlasting.

I wish you enough pain so that even the smallest of joys in life may appear bigger.

I wish you enough gain to satisfy your wanting.

I wish you enough loss to appreciate all that you possess.

I wish you enough hellos to get you through the final good-bye.

He then began to cry and walked away.

They say it takes a minute to find a special person, an hour to appreciate them, a day to love them; but then an entire life to forget them.