A Plea for Help! 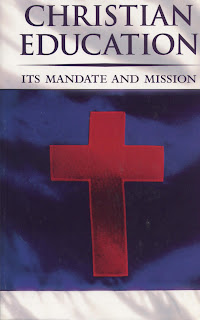 I have just received word at our Wednesday Night Prayer Meeting last night that our small local Christian School in Defuniak Springs, that is run by a 86 year old saint of a Christian Lady that volunteers her time in order to keep the doors of the School open, is behind in paying their bills by more than $6,000 dollars due to the downturn in the economy. That may not sound like much to you, but it is huge to this very small Christian School. The School is really suffering and the Children are now selling donuts to try and keep the lights on.

“Doctrine - and the Face of God”

As men and women of faith; we do never hold our opinions on any matter of doctrine, or issue of life, independent and separate from our views concerning the very nature and character of God. To the contrary, our understanding of the nature and character of God underpins and greatly influences all our opinions, doctrine, and general overall worldview.

Each individual opinion, or doctrine, that we hold tells us something about our personal convictions concerning who God truly is.

Therefore, the doctrines we believe are, as it were, single threads that when woven together make up the fabric of our faith upon which a mosaic of the face of our God may be clearly seen.

This is a profound truth that many, who engage in theological debate, do never stop to consider. What do my opinions, and the doctrines I defend, say about my God?

Posted by Unknown at 8:28 AM No comments:

A Defense of Virginia and the South 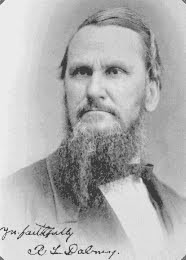 ‎"A Defense of Virginia and the South" by R.L. Dabney is a book that every Southern Christian should read carefully, and then re-read it again! I am very much aware that many of my fellow Southerners may be a little embarrassed that I now take up the cause to defend the Christian nature of the Old South, but I like Dabney do so without hesitation and without apology.

Dabney explains his motivation for writing his ‘A Defense of Virginia and the South’ by saying:

To the conquerors of my native State, and perhaps to some of her sons, a large part of the following defense will appear wholly unseasonable… But my purpose in the following pages is, first and chiefly, to lay this pious and final defense upon the tomb of my murdered mother, Virginia… The last and only office that remains to her sons is to leave their testimony for her righteous fame – feeble it may be now, amidst the din of passion and material power, yet inextinguishable as Truth’s own torch.

The most fearful consequence of the despotic government to which the South is now subjected, is not the plundering of our goods, nor the abridgment of privileges, nor the death of innocent men, but the degrading and debauching of the moral sensibilities and principles of the helpless victims… The wisest, kindest, most patriotic thing which any man can do for his country, amidst such calamities, is to aid in preserving and reinstating the tottering principles of his countrymen; to teach them, while they give place to inexorable force, to abate nothing of righteous convictions and of self –respect.

Irrespective of one’s personal convictions concerning the institution of slavery in all the States (Northern and Southern) of the former United States of America no honest student of American history can point to an age in which it’s people were more deeply pious than we find in the southern states of the Old South prior to the war of northern aggression that brought an end to one form of slavery only to give birth to another in which all its citizens would eventually become indentured servants (slaves) to the government through an ever increasing and unconstitutional system of federal taxation upon the person income (labor) of its once free citizens. If the contest between the states truly ever freed any of the citizens of this nation, that freedom was to endure less than a hundred years.

I say “former United States of America” for the union of coequal commonwealth states that existed prior to the war of northern aggression is long dead, and long replaced by an Imperial and Unconstitutional Federal Government that is an anathema to the principals of a union between free, coequal, and self-governing states envisioned by the Founding Fathers of this nation. The opening words to the movie ‘Lord of the Rings’ rings hauntingly true when viewed toward the history of this nation; “Much that once was has now been lost, for there are none now alive who remember.”

Get the book ‎"A Defense of Virginia and the South" by R.L. Dabney and read it carefully for it was written by one who lived through the great disaster of that time, and it’s truths are so well documented that no historian has ever attempted to refute what Dabney writes. It will change your understanding of life in the former Free States of the Old South, and it will challenge your former opinions of the character of her people.