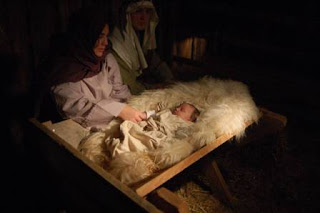 Thanksgiving is over, the turkey is now just a sad looking bunch of bones wrapped in tinfoil on the bottom shelf of the refrigerator. The kids have all gone home… and this morning I find myself waiting on Christmas. Waiting is not something I am very good at (just ask my wife), yet it is something that is woven into the very fabric of our faith. Abraham waited for the fulfillment of God’s promise to make of him a great nation; Sarah waited on Isaac; Noah waited first for the rains to come, and then for the rain to stop; Moses waited forty years on the back side of the desert; Jesus himself waited thirty years to begin his earthly ministry; and there are many more examples we could quote. Waiting it seems is a part of God’s perfect plan.

It is important that in our fast paced world of jet aircraft, microwave meals, cell phones, the Internet, and hurrying from one meeting to the next, we remind ourselves once again that God is never rushed, He is never in a hurry, and He is never late. All things will be accomplished according to his perfect will and in his perfect time. In these four weeks between Thanksgiving and Christmas this year let me encourage you to slow down, take some time out from your busy schedule each day and from all the shopping and preparing to go “over the river and through the woods to Grandma’s house”, and reflect on what Christmas is really all about… and while we may be waiting on Christmas, we are no longer waiting on the Messiah. Christ has come, and the long wait for the fulfillment of God’s promise to save his people from their sins is now over… Salvation has come! That my friends, is why we may debate about the proper way to remember and celebrate the birth of Jesus… there is no debate about the significance of this event in redemptive history.

Posted by Unknown at 7:57 AM No comments:

Is it just me, or has anyone else become annoyed by all the whining going on over at SBC Voices lately?

If it were not for the big SBC Voices logo at the top of the page (claiming to be “open source Southern Baptist news & opinions”) one might think they had stumbled into a bad episode of the Jerry Springer show.

Here is an example of what I am talking about… it comes from an article written by Howell Scott titled “Radically Redefining Transparency in the SBC: Part 1”

Scott opens this episode of the show with this outlandish accusation leveled against the members of the Great Commission Task Force… Howell says:

And the show only gets nastier from there.

Scott next claims that by voting to seal the records of the meeting of the GCRTF for 15 years, in order that we not break the assurance of confidentially given to all who were encouraged to freely speak their mind about what was wrong and needed fixing in the SBC, the members of the Convention itself are guilty of voting to radically “redefine transparency within the Southern Baptist Convention.”

Let’s see now… we have been on the air for, what, 5 minutes now, and Scott has accused the members of the GCRTF of causing “division and distrust among Southern Baptists…” and the members of the Convention itself of being dishonest… all because Scott did not get what he wanted in Orlando.

Yep, this is a bad episode of the Jerry Springer show all right… think I will turn the channel.

Humbling Election --- For the Media! 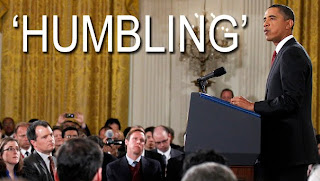 The day after a Historic Republican landslide in the midterm elections the Leftist Secular Media is having a hard time finding anything to smile about.
Gone are the jubilant smiles and laughter that filled the room after the election of President Oboma two years ago… If there was any lingering doubt about the Secular Media being "in the tank" for the Oboma administration, take a hard look at all the sad faces in the room during President Oboma’s speech today.
A Picture is worth a thousand words.
Posted by Unknown at 11:15 AM 2 comments:

The Tyranny of the Two Party System! 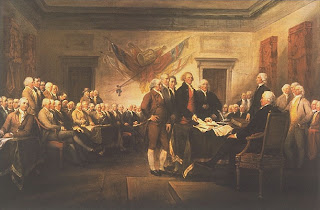 The 17th amendment turned the "United States" into an "Empire" ruled by a Totalitarian Government in Washington DC. This is not what our Founding Fathers gave their lives and fortunes to establish… It is blatantly unconstitutional, and should be repealed! If you love freedom and are feed up with living under the Tyranny of the two party system… Be a voice for freedom and repost this article to your Blog and your Facebook page.