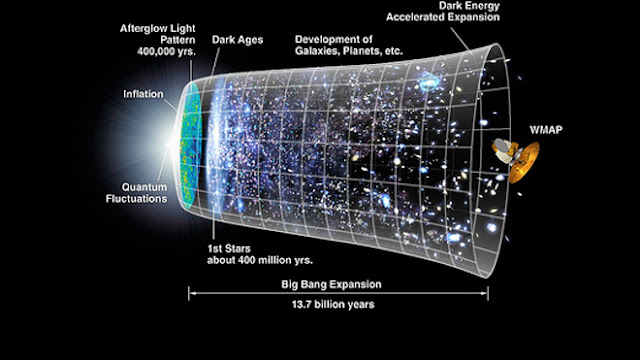 Pretty picture... to bad they got it wrong again!  Just how many times do these "really smart people" get to be wrong before we put a dunce hat on their head and tell them to go set in the corner?

Now if they just change a few little things on this graph it would reflect the truth:

(2) Next, scratch out the whole "Big Bang Expansion, 13.7 Billion years" timeline.  Again, by using huge amounts of time they are trying to make you think that they are "really smart people", and you are not.  The whole idea here is that if they just put out a big enough time line they can get you to accept the impossible.  One of the core doctrines that is constantly being preached by the Evangelist of the Big Bang and Evolution theories is that "given enough time anything is possible."  That sounds believable, because you have heard it said over and over all your life... the only problem is that... it is not true! If Evolution were true, and man evolved from monkeys, then why do we still have monkeys.  If the Big Bang is true then the universe should be slowing down as it expands, when in fact it is accelerating as it expands.  The truth is that the evidence does not support their theories, so they throw in Billions and Billions of years and say "see little johnny, that fixes everything".  Sorry, it does not... Now here's your dunce hat, go set in the corner!

Grace for the Journey,
Posted by Unknown at 7:46 AM No comments:

SBC-Today (vs.) Free Will Baptist Theology 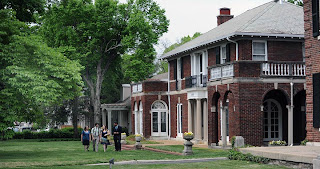 I won’t take up a lot of your time today with this topic, because quite honestly the Obsessed Anti-Calvinist over at SBC-Today do not deserve much of anyone’s time.

However, I would like to ask, and answer, a question that has been repeatedly ask of me by up and coming Southern Baptist Pastors…

Here is the Question:  “What is the difference between the theology of the SBC-Today/New Traditionalist in the SBC, and Free Will Baptist Theology?

Here is my Answer:  “Other than the Free Will Baptist being Theologically Consistent and Intellectually Honest, NOT MUCH!”

Grace for the Journey,
Posted by Unknown at 1:18 PM 1 comment: