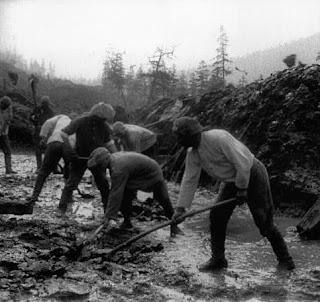 When Joseph Stalin took control of one of the largest landmasses on Earth, he did not neglect to make his presence felt in even the most remote of its corners. In the early 1930’s, the man of steel decided to embark on a project incredible not only for the scale of its engineering, but for the cruelty and inhumanity with which it would be carried out: the construction of the M56 Kolyma highway – the Road of Bones. 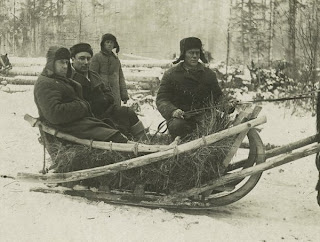 The road runs for over two thousand kilometres through the wildest terrain of the Asian continent, connecting Magadan and Yakutsk, and making an enormous loop through the Siberian mountains in order to reach the hundreds of gold mines that once operated there.
Forced labour was used to construct every inch of this incredible project – at first by inmates of labour camps, but later by the unfortunate denizens of the gulags that began springing up all over these near-uninhabitable provinces of Stalin’s Soviet empire. Many were Russian POW’s, banished to the region after being labelled German ‘collaborators’.

Many were Russian Christians who refused to renounce their faith under the Communist regime. 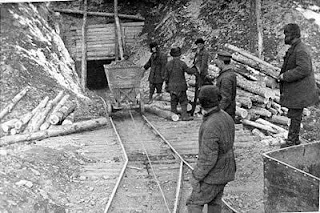 Prisoners were chained except when they were working their twelve-hour shifts. Many died during transport alone, and thousands were shot by the officers for not working hard enough. And any worker who died during construction of the road was ‘buried’ where he fell – survivors’ reports indicate that bodies were as common a sight as fallen logs.

Today, the road is in poor condition, and many parts of it are impassable for ordinary vehicles. It has become a challenge for off-road drivers and bikers to make a complete ‘run’ of the Road of Bones. Given the poor condition of the bridges that occur along the highway, common advice given is that the safest way to cross rivers along the route is to cross the ice when they freeze in winter! 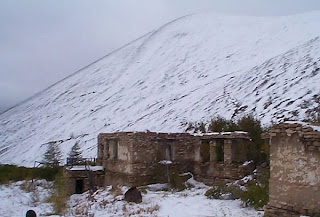 The gulags that supplied the project with a seemingly-endless source of disposable labour – effectively slavery – were internment camps to which the Soviet regime banished any ‘undesirables’ – political prisoners, radicals, criminals, or persons who spoke out about (or even told jokes about) the government. Many gulags in remote places contributed to the Russian timber industry, or served as mining colonies. 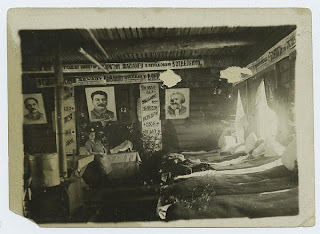 The Soviets were masters of propaganda, and cared deeply about how they represented themselves to the rest of the world. When a book of letters written by former gulag prisoners was published in the West in 1924, there was a worldwide demand for a boycott on Russian timber. Two reporters for the British Timber Federation were sent to Kotlas, where they were given a specially-commissioned tour of the facilities. The glowing report the two produced afterwards indicates that they were shown only what the authorities wished them to see, and no more. This practise is known as the ‘Potemkin village’ trick, as the earlier Tzarist regime supposedly constructed entire false villages to convince visitors that their system was just and fair. 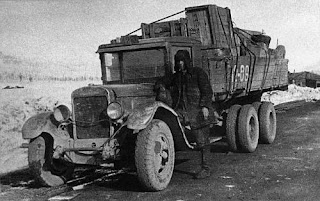 It was only after the fall of the Soviet regime that many people within Russia and other countries learned of the sheer number of atrocities committed in the gulags and along the Road of Bones. For many people who still regarded Stalin as a great leader, this new relative freedom of information brought many uncomfortable facts to light.

Original Source at http://www.environmentalgraffiti.com/featured/stalin-road-of-bones/
Posted by Unknown at 8:25 AM